Each year U.S. employers petition for over one hundred thousand potential foreign national employees to receive coveted H-1B visas and are summarily denied due to visa caps. Understanding what special considerations or exemptions may apply to you or your potential employees is imperative to increasing your chances of success in securing an H-1B visa. This article discusses the importance of the “master’s cap” exemption and how that may help or hurt employers navigating this complex process. 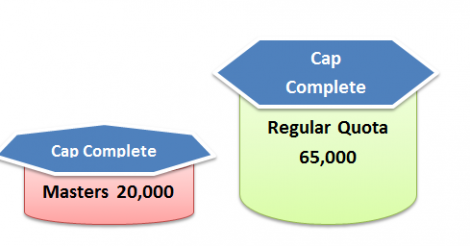 Each fiscal year Congress sets a cap on the number of H-1B visas available to foreign workers seeking qualifying employment in the U.S. For FY2016, Congress set aside 65,000 general H-1B visas. However, consistent with the trends of past years, USCIS received nearly 233,000 H-1B petitions on April 1, 2015- the first day that such petitions could be submitted.

The process of determining which of the 233,000 petitions will be selected by USCIS is not based on the underlying merit of the individual candidate or the employer. Rather, USCIS utilizes a computer-generated random selection process, essentially a lottery. Importantly for those who qualify for the master’s cap, USCIS first randomly selects the 20,000 masters cap petitions and then all unselected master’s cap petitions are placed back into the remaining pool of petitions for the chance to be selected from the general H-1B cap of 65,000.

It is critical that a candidate’s degree be carefully evaluated prior to filing for the master’s cap because a petition that is denied due to an issue with the degree institution will lead to a denial under both the master’s and general caps.

While the master’s cap increases the likelihood of success for those with advanced degrees, it is becoming increasingly difficult each year for candidates with only a bachelor’s degree to succeed in the H-1B lottery. One way to combat this issue is to look for an exemption to the H-1B cap. Exemptions come in two categories- exempt candidates and exempt institutions.

Many employers are also exempt from the H-1B cap:

Regardless of what avenue is pursued for H-1B candidates, it is vitally important to understand the full process and qualifications before filing and to ensure that there are no errors in the underlying petitions. The experienced attorneys at Ilex Law can help employers and candidates navigate this complex process.