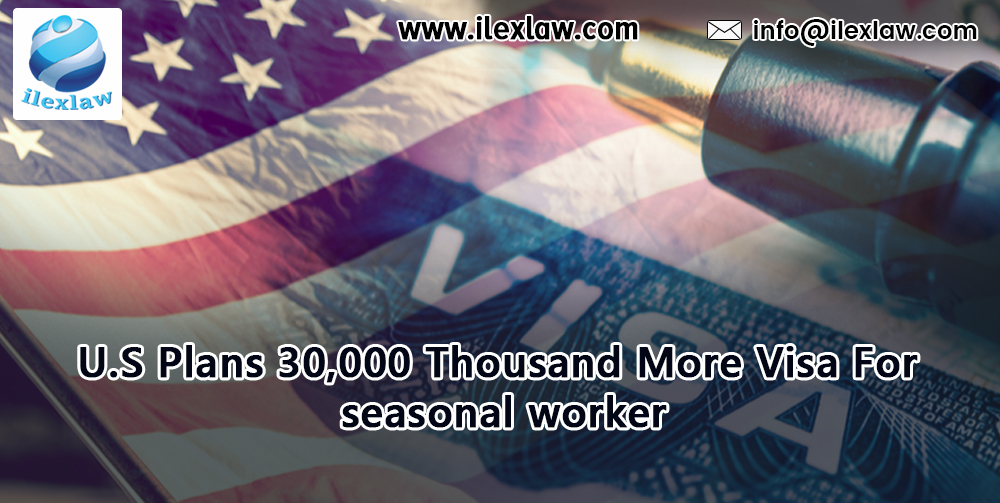 The Donald Trump administration plans 30,000 More Visa for foreign workers temporarily in the United States by the end of September. This move clearly reflects how fantastically booming the economy is that has convoluted President Donald Trump’s determination of restricting the legal immigration.

Going into the details of the plan, oyster shucking companies, loggers, fisheries, seasonal hotels, including the president’s own, Mar-a-Lago club would be benefitted— where all use the visa policies to appoint migrants for seasonal work that the American citizens won’t do.

The visa, known as H-2B, will only be granted to returning foreign workers who’ve had the visa before, over last 3 fiscal years. Majority of visa holders are likely to return to the same employer after every year. The workers already have been vetted and trusted and not to stay past the visa expiration.

U.S. Citizenship and Immigration Services will take applications from the employers on behalf of its workers after the rule gets issued in the Federal Register.

Due to strong economy, it has become increasingly difficult for the employers to find work labors, and the seasonal visas being capped at 66,000 per year — a figure that is way too outdated for businesses and lawmakers, especially when the rate of unemployment is too low.

Even though employers argued the desperate need of more labor, opposing businesses that claim that visas take away the American jobs. Also President Trump has been personally benefited from both the seasonal workers and those working illegally in the country.

Inside the White House, people like adviser Stephen Miller, seeking the restriction of legal immigration, including the decline in visas of high-skilled workers, suspending the entry to the United States for people from different countries with high rates of temporary visa overstay.

Trump previously railed against the legal immigration, arguing — that the foreigners miffed the work opportunities and low wages for the American workers. But as per the latest, Donald Trump has changed his jingle, as he is now in support of more and more legal immigration by offering 30,000 More Visa for seasonal workers. All this due to economic gains under his rule.

As per the recent statistics from the U.S. Citizenship and Immigration Services on visa approval, more than half of the visas went straight to the agricultural and horticultural workers. Forestry, Food service, fisheries, logging work, and hunter trappers made up the rest of the year 2017 visas.

Trump announced this new plan during the State of the Union speech, when he explained how he wants people to come to his nation in large numbers, as soon as they are entering the states legally.

While appointing an immigration attorney, make sure that you are dealing with a Real Lawyer and not any Visa Consultant.  Contact Us Now