How to prove your marriage is a bona fide for green card? 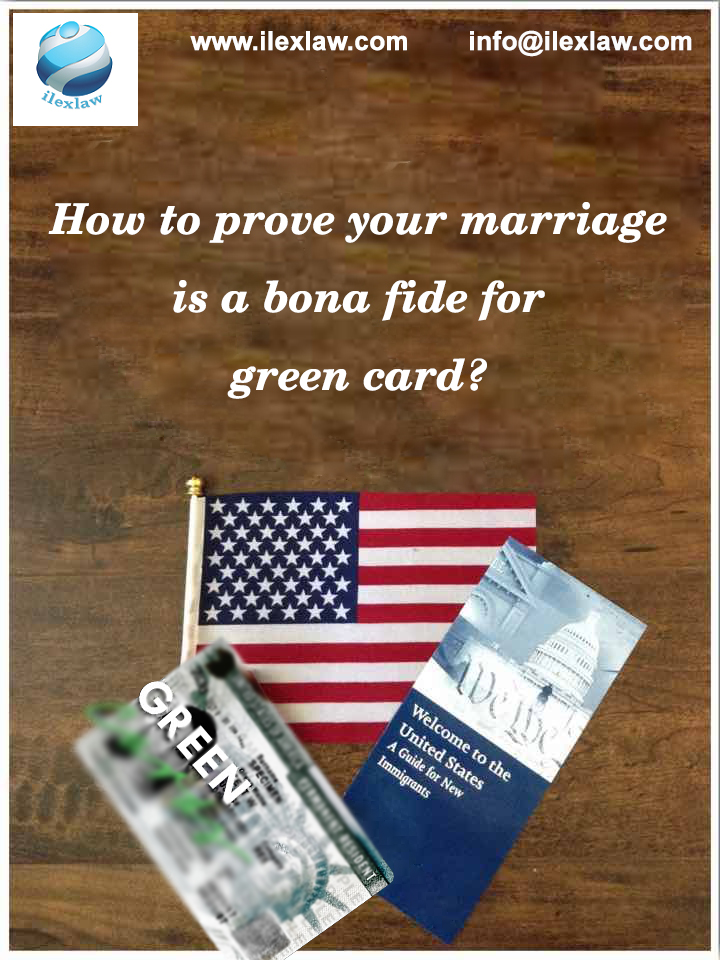 With the purpose of obtaining a US Green card i.e. lawful permanent residence based on your marriage, you are required to prove that your marriage is bonafide. Such marriage basically means the one in which two people intend, right from the beginning, to spend their life together.

As per the Supreme Court’s decision in the year 2013, the order were to strike down the “Defense of Marriage Act” (DOMA), same-sex marriage count for the U.S. immigration purpose, as long as the marriage is legally valid in the country or state where they are entering into.

Even though marriage can be defined as different things for different people, any marriage done for the only purpose to get a green card is obviously not termed as bonafide. It is named as fraudulent or sham marriage.

Revelation of a sham marriage is amongst the top priorities of U.S. Citizenship and Immigration Services believing that the number of such marriage-based green card application being received are fake. USCIS is well aware of this concept that the U.S. citizens accept money for marrying a person who is foreign-born. Some of them even create an illegal, services that arrange marriage between the U.S. citizen and the green-card seeking foreign national.

Here in this article we will talk about how to prove your marriage is a bonafide for green card?

Taking Steps to Connect Your Lives

Don’t wait until last minute to look for the ways to prove that you are married, or live together and trust each other to share the financial and personal matters. Also take diverse steps to prepare for a future.

Keeping the Records for Demonstrating the Relationship

At different steps, you will be enquired about your relationship, throughout the immigration process, for supplying the documentary proof of the married life. So, along with keeping the copies of the contract or any other documents regarding the described matters.

Observing and Testing Each Other on different aspects of the Relationship

Talking about the final steps in getting green card, the couple need to attend an interview with the USCIS officer or the consulate.

The immigrant’s application is then reviewed, to test the validity of the marriage.

If having a difficulty to find proof of the bonafide marriage, or worried about attending green card interview, the best solution is to consult skilled U.S. immigration attorney. The attorney can help you figure out good forms of evidence to prepare all types of paperwork. If you are primarily adjusting the immigration status (applying for the green card in the United States), the legal attorney can accompany the USCIS interview.