How to Complete I-864 Affidavit of Support? 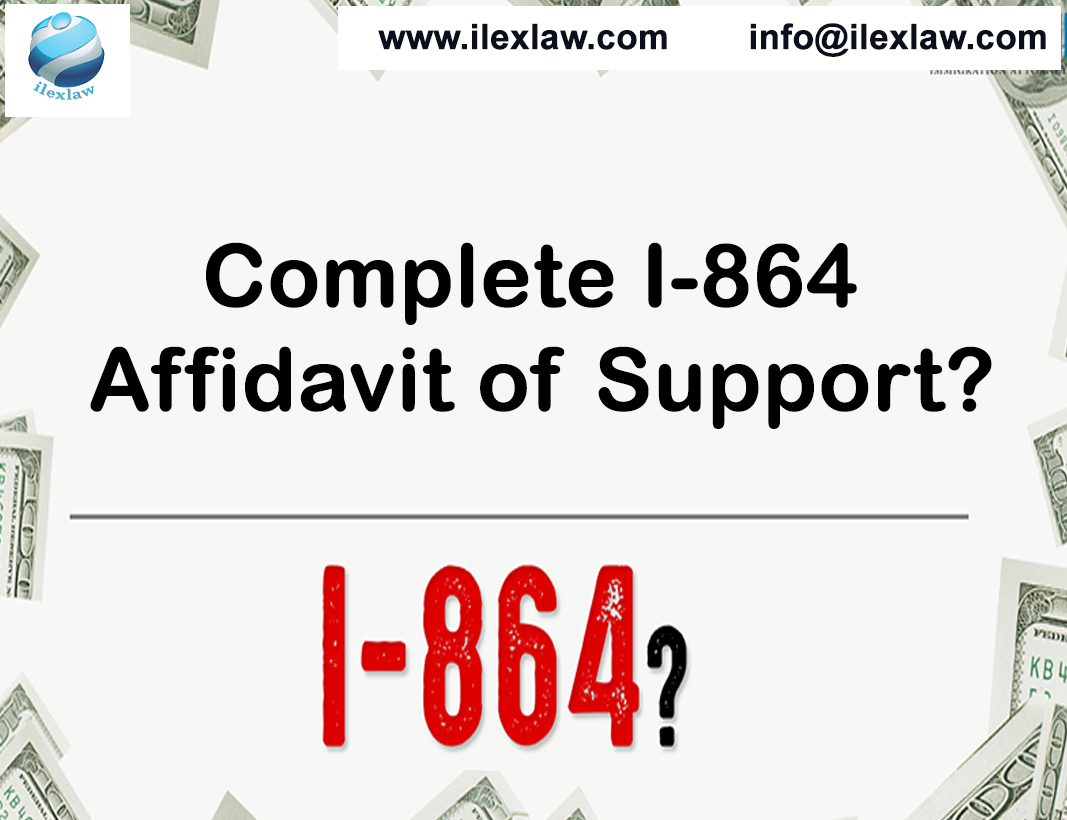 Being a U.S. citizen or lawful permanent resident, sponsoring a family member for immigrating to the United States, you are required to complete the I-864 Affidavit of Support application. The goal is to show that any of  your immigrating relative will not become a public charge, as you will support him or her, or reimburse any of the government agency from where the relative cam claim his need-based help.

Here in this article, we will talk about How to Complete I-864 Affidavit of Support form in detail.

The main sponsor marks his/her name and check Box, 1.a if it is a family immigration case. If the sponsor is a family petitioner or employer, he must check Box “1.b/1.c”. Friends and non-petitioning agreeing to complete this form as a joint sponsor check Box “1.d or 1.e”.

Box “f” is for state where immigrant’s original sponsor dies after the approval of I-130 petition and the immigrant asks for the U.S. Citizenship and Immigration Services (USCIS) allowing the application to move aheadfor any humanitarian reasons, known as “reinstatement”. In such cases, the immigrant need to find the family member in the United States, willing to serve as substitute sponsor meeting the basic requirements of the sponsorship(i.e. 18 years of age, domiciled in the United States, and the U.S. citizen, national or permanent resident).  A Family member who qualifies to include the immigrant’s parent,spouse, or mother/ father-in-law, brother/ sister, child (who is at least 18 years of age), son/daughter-in-law, sister/brother-in-law, grandchild, grandparent, or a legal guardian.

Step 2: Information regarding the Principal Immigrant

The basic question concerning the candidate immigrating. If the immigrant has not been assigned the USCIS Online Account Number, do not fill anything, leaving it a blank.

Step 3: Information about the sponsored Immigrant

There is a place to list the children. It is not mandatory to name the children born in the US, as the sponsor holds no obligation promising to support them (in any case under the US immigration law, although the children are counted elsewhere within the form for testing the sponsor’s financial capacity as overall).

Step 4: Information About the Sponsor

Keep in mind that the sponsor’s residential place need to be in the US for being eligible as financial sponsor. If the sponsor from United States is living abroad and do not want to return back to the US along with the immigrant allowed to enter, the sponsor need to prepare and sign the I-864 Affidavit of Support. Also, the sponsor needs to show the intent for living in the United States and having a source of income.

As it is self-explanatory, always keep in mind to not count any member twice!

The sponsor is required to fill the information about his employment here in this section. Self-employment is also fine.

For the sponsor’s income, if the total is higher than what shown on the sponsor’s last ITR, make sure to include the supporting documents (like copy of pay stubs or letter from sponsor’s employer declaring the current income). Such proof is important if any raise in the salary since the previous tax return taking the sponsor over the minimum Poverty Guidelines.

Step 7: Using the Assets for Supplementing the Income

The sponsor is required to complete the section if the income is not enough to meet the minimum Poverty Guidelines. Also, remember to attach the documents in proving the assets’ value and existence.

The sponsor need to remember entering the name again after which signing the form.

Running into any issues? Make sure to talk to an expert immigration lawyer. Consider options like ilexlaw, as it provides a range of expert professionals that can help you with different immigration cases.